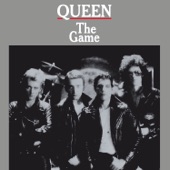 Another One Bites the DustQueen

As a former Harley owner I still enjoying seeing what’s new from Harley.  The cruisers are all nice and their over all appearance doesn’t really change all that much, at least for me. HD seems to be paying a little more attention to detail but for the most part, from year to year, you can spot a new Street or Road glide a mile away. Now, for the true Harley fans I want to preface that by saying; it’s Harley’s iconic look that keeps people coming back to the brand, so making a little familiarity year to year is a good thing.

I wanted touch on a couple their new or soon to be released bikes. One is available and one isn’t. First, the Harley Davidson Pan America. Say hello to adventure touring from HD. I think the fact that Harley is moving to some different styles of riding is very exciting. The Pan America was set to be released in 2020 but it looks like it might not be out until 2021. If you have some inside information on this, please drop me note.

Crash Photos and Vids – Yes or No

To Headset or Not to Headset