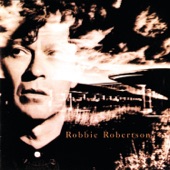 Just as the snow starts flying we start thinking about this year’s motorcycle trip. Fingers crossed it’ll be San Francisco.

We were supposed to go there last summer but due to some health issues with one of our traveling companions we had to put it on hold. Things are looking very good that it’ll happen this summer during the last week of July and the first week of “Fogust”. That is the other name they use for August along the California Coast.

Karen and I made that trip in the August of 2012, we spent 3 days 2 nights in San Fran and never saw the Golden Gate Bridge. Actually we rode across the Golden Gate Bridge and didn’t see it. The City had fog hanging over it all three days. It was also not the warmest city for that time of year. So why are we going back? Because the ride getting there and back is spectacular. Besides, even in the fog San Francisco is a fantastic city.

We will do the Pacific Coast highway from Oregon to California. We’ll probably veer off at some point to ride through the Red Woods and then head back home via Yosemite, Lake Tahoe, Reno, Klamath Falls and Bend Oregon. As soon as you get away from the coast you get back to riding in fabulously warm (sometimes friggin hot) weather.

If you have made a similar trip and have some road suggestion or destinations along the way you think are worth seeing, please drop my note Glen.Slingerland@jpbg.ca