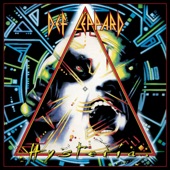 It’s always fun to think about other bikes you would like to ride. This is probably the main reason I can’t lock myself into a single brand. I’ve spent two years on a V-Star 650, at least 3 years on a Harley Davidson Road King and almost 5 on a Honda ST1300. I loved whatever bike I was riding. They are all different and offer unique riding styles, feels, sounds, etc.  So, what’s next?

First, I would like to take out a Kawasaki Z900 Café. To me, this looks like the perfect commuter bike. Its naked, has more than enough power, and a size that is easy to handle in the city. It looks like a great bike for a nice relaxing country ride, or just to run out and do a few errands.

Next up the Moto Guzzi STELVIO 1200 NTX. The desire to ride one of these bikes is a result of riding to Haida Gwaii. That is a trip where it would have been nice to have had motorcycle that performs well on the logging roads. This is definitely one of those bikes. I’ve ridden the Moto Guzzi V7 III and really liked, now I would just like to crank it up a notch.

Finally, and coming in 2019, my third choice would be to ride the new Harley LIVEWIRE. I love the idea of an electric motorcycle and the look of the new LIVEWIRE is awesome. No gears, no clutch, just get on and take-off. Why not? I hoping we’ll at least get to sit on one at The Motorcycle Show – Vancouver January 18-20, 2019