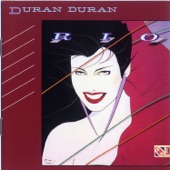 At the risk of upsetting anyone who rides a very loud motorcycle I would like to go on record and say that I do not believe loud pipes save lives. I believe that more often than not the rider wants a loud bike because they think it’s cool, or it will get them some attention. Not necessarily good attention, but it does get them attention. Having said that, I also think it is possible to have a great sounding cruiser that doesn’t piss off the neighbours, or anyone else you pass.

Anytime I’m in my car and a loud bike comes up behind me on the highway, it is almost on top of me before I hear it.  Now, as a rider I understand the sound, and will stay in my lane because I know the bike is close, possibly in my blind spot. I also believe loud pipes often scare the “you-know-what” out of some drivers and could cause them to swerve, or brake suddenly.

Supporters of loud pipes will tell you they have survived near misses because of their pipes. I guess the question is did the driver of the car turn away from hitting the biker at the last minute because they heard the pipes? Cars have near misses all the time and we never hear them coming. Aren’t most near misses, close calls or whatever you want to call them, caused because someone wasn’t paying attention or practicing good driving (or riding) habits? Near misses also happen because one of the two people involved was alert; paying attention, watching what was happening around them and taking evasive action at the last minute to avoid a crash.

In a “learn to ride motorcycle course” you are taught about being visible.  Refer to The Hurt Report that states “Conspicuity of the motorcycle is a critical factor in the multiple vehicle accidents, and accident involvement is significantly reduced by the use of motorcycle headlamps (on in daylight) and the wearing of high visibility yellow, orange or bright red jackets.”

Fast forward to buying a bike. The first thing a lot of riders do is buy black leather riding gear (Jacket, Pants, Gloves Helmet). Sure, they offer protection should you fall, but how visible are you?  I know, its a tough choice between visible and cool. Even a high viz vest over top of the leather jacket is going to make a rider more visible without losing too much of the cool.

I ride a sport touring motorcycle that sounds like a blender. It is quiet. I’m not even sure the person sitting at a bus stop can hear my bike when I pass them. I do know that they can’t miss the bright green high visibility jacket I’m wearing. It glows.

Your comments are welcome.