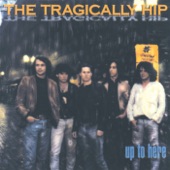 October 18, 2018 Ontario will be moving in the same direction as BC, Alberta and Manitoba in allowing turban-wearing Sikhs to ride motorcycles without a helmet. This is a topic that has some motorcyclists screaming not fair, and I do get that.

We’ve basically set up a law that is applicable to everyone except for one group who happens to wear a type of religious head gear. Everyone else in Canada who rides a motorcycle MUST wear a motorcycle helmet. It also has to be a DOT approved helmet, beanies not accepted.

Somehow, or somewhere along the way, a group or people have managed to convince the law makers that the law shouldn’t be applicable to them due to their required religious attire.

You might remember the Pastafarians about 4 years ago. They tried making a point and fought ICBC for their right to wear a spaghetti strainer on their head for the driver’s licence photo.  ICBC said not going to happen, despite the fact that wearing a colander in driver’s licence photo is permitted in at least four countries including the US.

The one thing I would like to mention, for me personally, I don’t care whether or not someone does or doesn’t have to wear helmet. I have crashed my motorcycle, I know why it’s important to wear a helmet and I will always wear a helmet. However, having said that, I also understand why some people aren’t happy about the exemption for Sikhs.

If you’re going to make helmet a law, it should be applicable to everyone in the country. Or, go back to the days when helmets were not mandatory for anyone. Maybe it’s time for the Pastafarians to start up another protest or campaign and fight for the right to wear the spaghetti strainer in the car and on a motorcycle.

Me? I think I’ll stick to the helmet. Your thoughts are welcome.